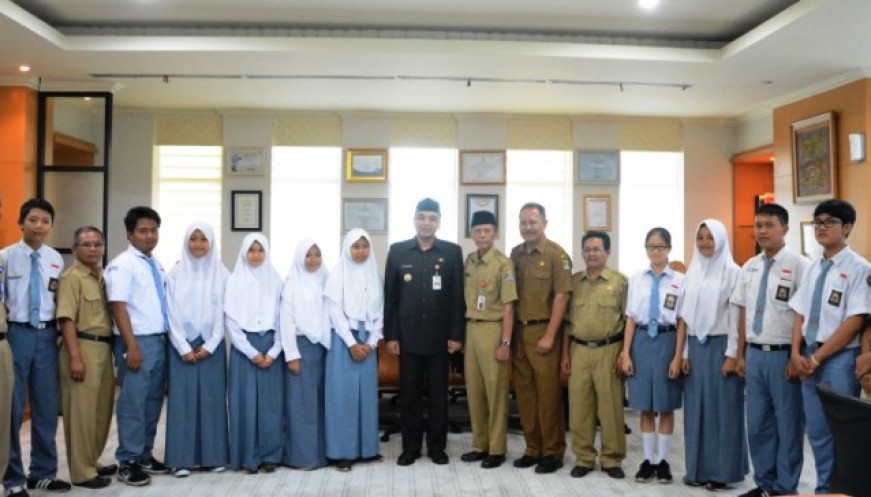 Regent A. Zaki Iskanbdar encourgaed the team members to focus on building togetherness among them and the teachers who guide them during the conteest.

"There is no need to think over how to win the competition because it will just be burdensome to all of you that in turn can lead you to a depressed situation. Be relaxed and build togetherness among all," Zaki told the team in a meeting at the regent's office on Monday, August 1.

Zaki said he highly appreciated the school students for their success in improving academic achievement sequently since 2012 that in turns also presents a pride to the regental administration.

"Please, do not forget wear your local identity such as Tangerang's batik during the contest so that Tangerang Regency is recognized by other regions," Zaki said, asking the school principal to coordinate with the regental Sports, Culture and Tourism agency (Disporabudpar) for the batik uniform.

Hedi Hidayat, the school principal said the school had twice represented the regency for the contest in 20012 and 2014.

Meanwhile, the Tangerang regental Education agency chief Teteng Jumara said the contest is aimed as a methode to introduce the four pilars of the nation such as the State Principles Pancasila, the Constitution (UUD 45), the State Symbol Bhineka Tunggal Ika and the United State of Republic of Indonesa (NKRI).