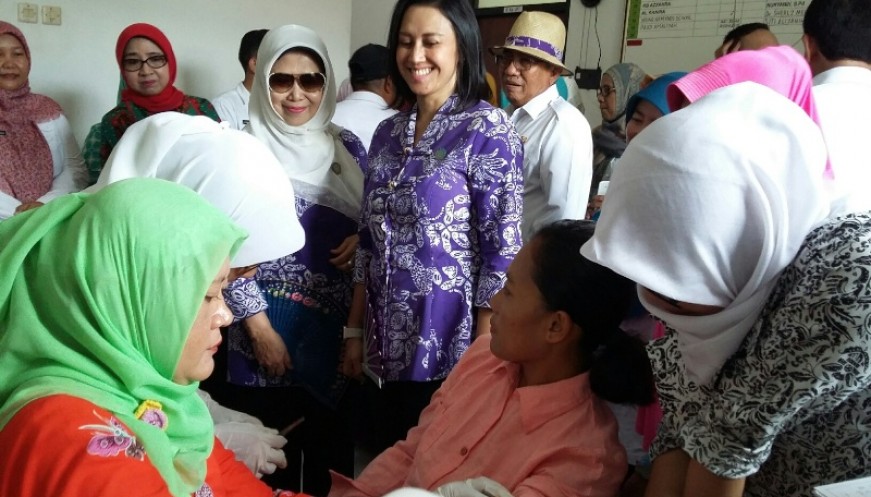 The contest was organized to improve the awareness, the knowledge and the independence of parents in raising toddlers from physical and mental aspects optimally as well as to improve cares and active roles of all existing stake holders in developing the health and the welfare of toddlers in the regency.

Last year, the regency achieved the first and the second rank through the provincial level at the national contest for 6-14 months category, featuring a toddler from Jayanti and another one from Cisoka districts out of a total of 230 toddlers.

"Tangerang regency's toddlers are expected to win again the national contest of the year at least at the provincial level to be held from August 3 to 4," said Naniek, adding that first winner will get cash of Rp 2.5 millions while second and third winners will respectively receive Rp 2 million and Rp 1.5 million.

In the mean time, the regency's PPK deputy chairwoman Lili Hermansyah said toddlers should be prepared as early as possible in order that they can grow up with strong characteristic, the mastery of science and technology including competence to become agent of changes in the future.

"We need the participation, responsibility and empowerment from husbands, family and the society in order that pregnant mothers can get sufficient nutrition supplies, edequate and regular health checks during the pregnancy and sufficient health service facility to deliver the babies," she said.

She added that after the delivery, another responsibility still continues waiting such as the fulfilment of toddlers' needs, the survival, the growth and progress, and protection from violence and discrimination to creat qualified and prosperous Indonesian children.