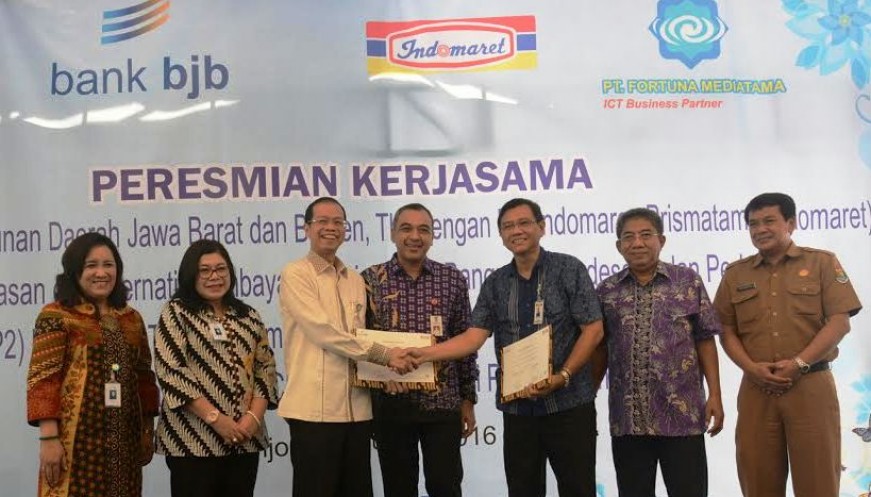 In a bid to jack up locally-generated revenue from land tax (PBB-P2) and facilitate the locals with easy and quick service in tax payment, Tangerang regent A. Zaki Iskandar has created a breakthrough in cooperation with a private bank and convenience store chain Indomaret.

The cooperation was officially signed and launched in a highlights at Kronjo district admininstration office on Tuesday.

Zaki said that land tax however promised a big potentials to support the regional revenue and the administration has so far earned Rp 103 billions, almost 50 percent from the targetted sum of land tax amounting to Rp 265 billions in the past years.

"We need good preparation to reach the targetted sum of the revenue from land tax and the cooperation with Bank Jabar Banten and PT Indomarco Prismatama as Indomart and Ceria Mart operator will help actualize such expectation," Zaki said.

Zaki believed that facilitating the residents with easy and quick service for land tax payment through Indonart and Ceria Mart chain stores will result in good impacts than in turns increases the regional revenue.

"It's easy to pay for land tax at Indomart store. Tax payers just need to mention PBB-P2 number, mobile phone number the year of payment. This will make tax payers' awareness grow and there will be no more reasons for complicated matters they face all over the time as 5,000 Indomart store in Tangerang and Bank Jabar Banten can make all possible, he said.

Ahmad Irfan, Banj Jabar Banten director said the privat bank is committed to providing best service for the locals in form of land tax payment as an effort to help jack up the regency's revenue.

"With this kind of service, we hope that the participation of residents to fulfill their obligation as tax payers can oncrease," he said, promisng that the bank will continue creating breaktrhough and new innovation in service and approach to the residents.