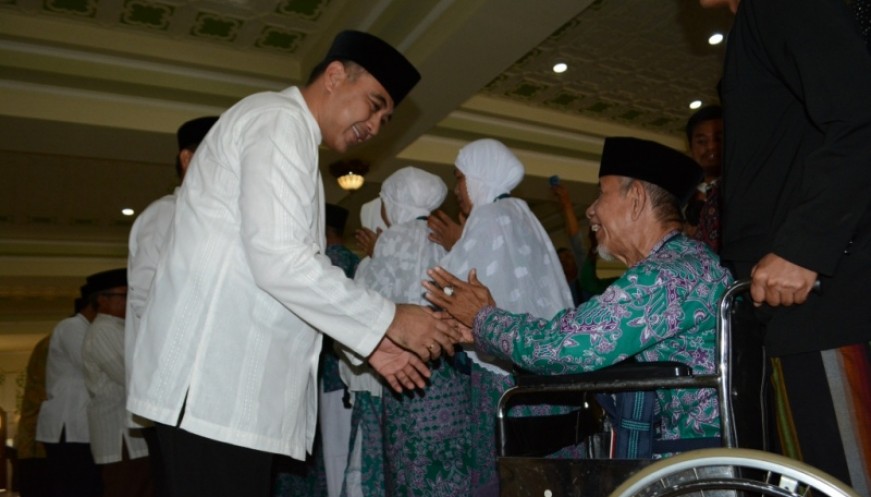 Regent A. Zaki Iskandar saw off some 388 prospective hajj pilgrims to be departed through the first batch from Al Amjad grand Mosque in Tigaraksa on Friday.

Zaki said that performing the hajj pilgrim is the dream of every muslim following the increasingly number of people heading to Mecca, Saudi Arabia each year.

"Let alone this year, the Saudi Arabian government has reduced 20 precent quota for prospective hajj pilgrims from every country so that long queues of people wishing to go to Mecca had also increased instead," he said.

The regent reminded all prospective hajj pilgrims to keep and maintain their health because the temprature in Suadi Arabia has recently risen up to 45 celcius degree and asked the will-be hajj pilgroms to pray for the progress of Tangerang regency heading to The Bright Tangerang while they are performing the prays in Mecca.

Nawawi, head of the regency's religious affairs office reported that there is a total of 1,629 people who will depart from the regency to Mecca through six batches (kloter) this year.

The regental admininstration allocated Rp 500 millions from the budget to finance members of six teams accompanying each batch that will lead, guide and take care of the prospective hajj pilgrims during their presence in Saudi. Each team members consists of batch leader, hajj pilgrims guide, a doctor and two paramedics and Banten provincial hajj guides.

Agus Salim, head of Banten religious affairs agency said there is a total of 6,019 people from Banten to be departed to Mecca this year.