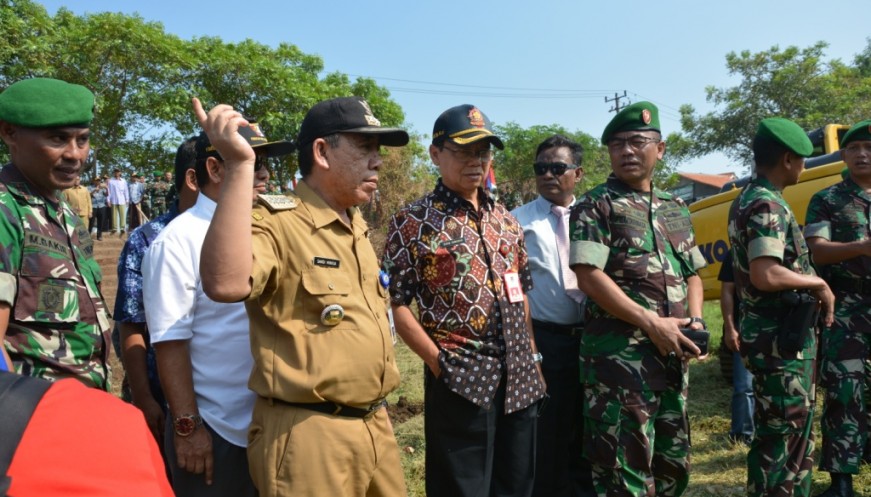 "The rainy seaon is very unpredictable and if it pours down intensively, the situation turns to be a big threat for the life and shallowing rivers from up to down stream will worsen the condition Korem 052 commander Col. Inf. Iwan Setiawan said on the sideline of the community service launching in Pulo Cegar kampong, Rajeg on Wednesday, July 28.

"We hope that, at least, this community service will help residents living along river banks from being flooded," he said, hoping that local resident living alongriver banks can clean rivers from garbage and mud sedimentation. Let's not blame each other but let's do someting to overcome flood problems," he added.

"We are very grateful to TNI for helping normalize the river and the resident will really benefit from this activity," he said.