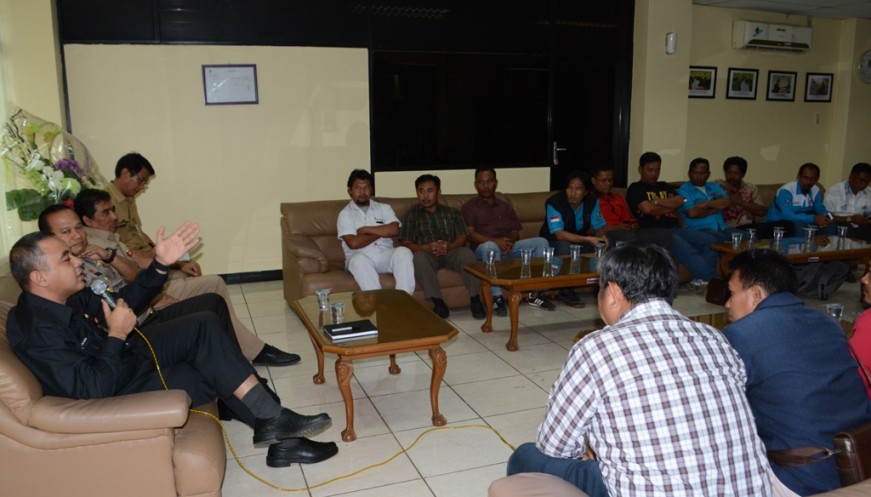 Tangerang regent Ahmed Zaki Iskandar said that the regental administration sticksto its plan to reccommend 11 percent increase for the 2017 labor's monthly wage in the regency based on an agreement reached in an earlier meeting with the Indonesian Imployers Association (Apindo) and Workers's Associations.

In a face to face dialog, Zaki again asserted the sum of wage proposal to a number of worker respresentatives in a meting held at the administration's coffee morning room in Tigaraksa on Tuesday.

Some 50 representatives of Tangerang regental worker's association has asked the admininstration to propose 24 precent incease for the 2017 wage rate. They hoped that each worker will receive as much as 3,746,000 (24 percent increase) for next year's monthly wage.

"In accordance with an agreement through earlier discussion we held here, we are determined to reccommend Rp 3,355,750 for the 2017 monthly wage (11 percent increase from this year) and we hope that there is no more protests because I always listen to the aspiration from both workers and imployers," said Zaki.

Abdul Gani, one of the workers representative said he appreciated the regent but insisted on asking him not to follow the sum of wage increase as determined by Home Affairs mininster.

"We, the workers remain to expect 24 percent increase in the 2017 wage rate. We think that the sum is very realistic," he said, adding that workers however are grateful for the regent's welcome.